I just saw this in a ForSale ad for a Necky Arluk II:
https://seattle.craigslist.org/see/spo/d/seattle-kevlar-sea-kayak/6864608583.html

I gotta admire that 'take charge and DIY' attitude! 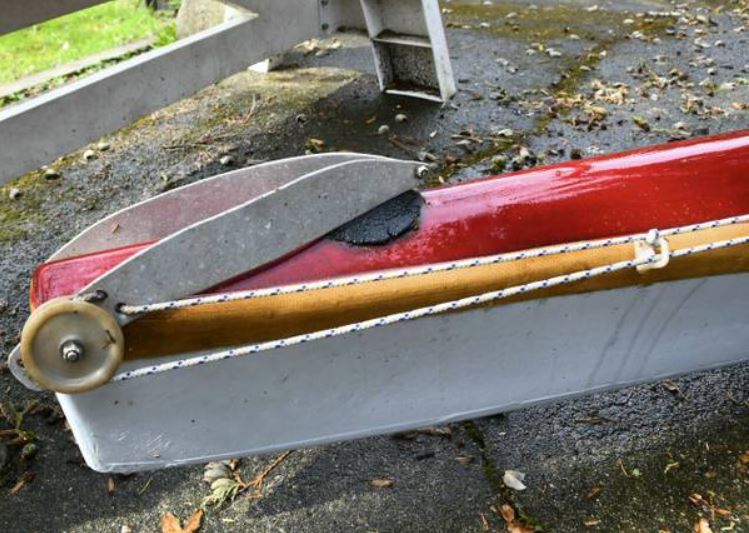 Heh heh, I love it!
Here's a better alternative with full 360 either way deploy, works much better while leaning, too!
Splay out the skegs to fit right beside the seams and yr done: 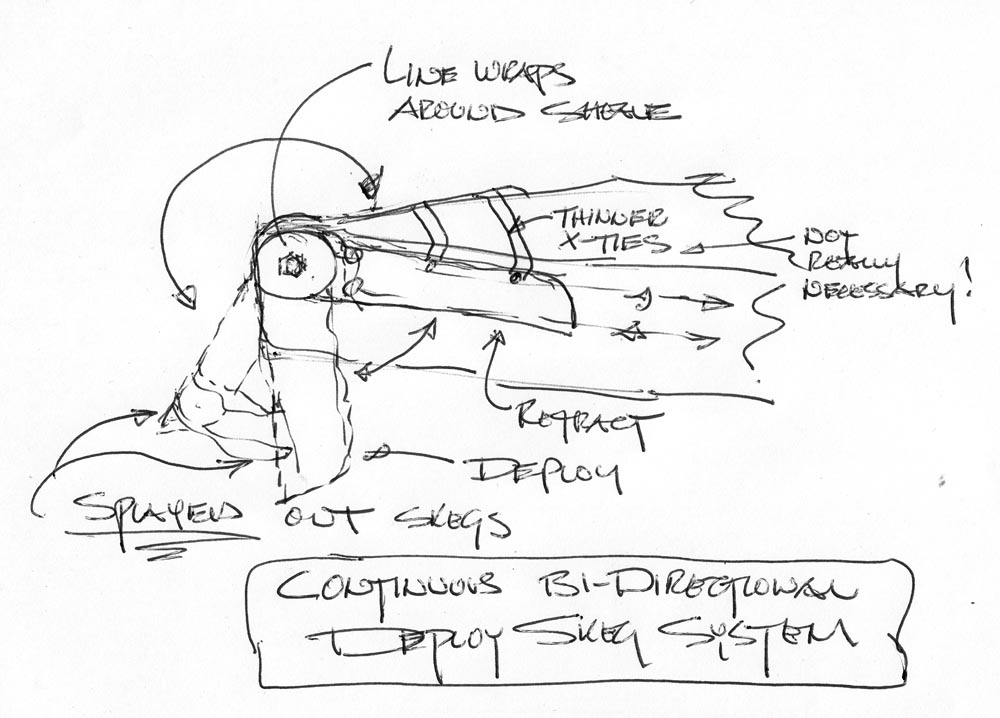 Or continuing to a regular skeg: 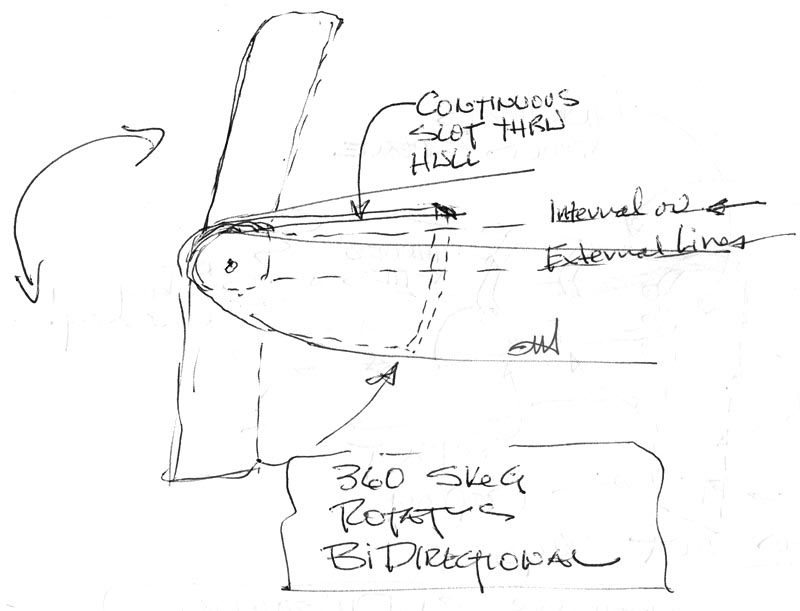 but of course that's another piece of the revo rudder post I should continue forward on.
Last edited: Apr 12, 2019

The two skeg method of steering was used by Don Currie (designer of the Dagger-board rudder) on his Nordkapp back in the late 1980s. Nothing new. The skegs were not in alignment with the keel so if one or other was dropped, it acted as a rudder to turn the kayak in a direction depending which blade was lowered. They were dropped using the rudder pedals and if you wanted to put the brakes on, I presume lowering both together would have done that.

It is obvious you don't lower either blade if the kayak is tracking in the direction you want it to.

The skegs were not in alignment with the keel.
sheesh . . . probably were in alignment w/ the sheer. Using that approach, one could do a released layup on the stern sheer down a few inches . . . . get a totally hidden BS rudder that way that gives more curvature the more it's deployed. [Don't anybody ever mention that I thought of that.]

Anyway, at least the two in the OP were aligned. . . well they do look a little wavy . . . maybe that's hydro-alumo-dynamics

I should have said "skegs" as in "skegs that were retracted on to the deck" or "non-steering rudders" as they were, when down, not in alignment with the keel so had a turning action. The deeper they were the greater the steering / turning action.

A diagram was needed or would have helped.

No, I understood the idea. And that oriented to the sheer angle would be the easiest and best for outward turn leaning. just very crude - beginning stuff probably.

Actually very sophisticated as the blades stowed neatly, near flat on the deck and there was drag only when steering. Hard to beat those parameters.