While doing some reading about the Sealution kayaks, I found this interesting information about the designer, Harrie Tieken.
I didn't realize there was a connection between Canada and the Wilderness kayaks. 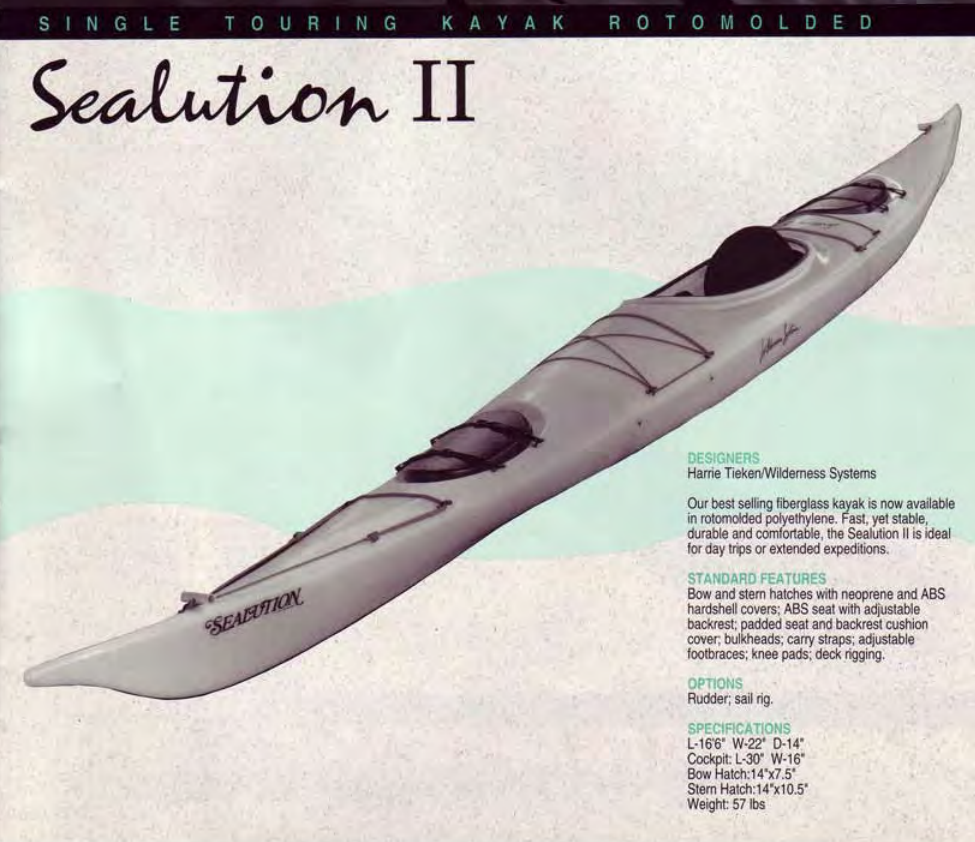 What an interesting article. Thank you for posting!

I concur with Jon - thanks for posting John!
J

Thanks; the credit is due to Oud Horinees who wrote that blog.
The sea kayak manufacturing 'world' was a small one in Canada and the USA 'back in the day' - lots of interesting personalities.

I'm not sure how I came across this thread but I used to live in Chezzetcook, NS, and met Harrie back around 1995. One of his Sealutions was the first kayak I ever paddled. I didn't like the boat but knew that kayaking was something that I wanted to get into. Reading that blog reminded me that there were Wilderness System Sealutions all over NS and NB.
M

I met Harrie Tieken in the winter of 86/87 as he was setting up his Canadian manufacturing facility in Chezzetcook, Nova Scotia. He brought over his Derek Hutchinson moulds from Holland and began to build them under license in Canada. I ordered and bought serial #00002, a Baidarka Explorer, which I still own. At that time in 1987, there might have been six or seven sea kayakers in Nova Scotia - how things have changed!

Wow, a Baidarka Explorer! A rare boat. I’ve only ever seen two of these in BC waters. Do you have a photo to share?

It's my favorite boat for paddling in the (S.F.) Bay Area. Good for rolling practice. Easy in and out/ launch and land. Really durable. I bought mine in 1998.